A Watertown woman is accused of leaving her two children home alone while she went to Florida with her boyfriend for a long weekend in November and has been arrested.

The woman, Kerry Lyn Caviasca, of Watertown, works for Waterbury Public Schools and has been placed on leave pending the allegations, according to school officials.

Police said the children, who are under the age of 12, were left home alone for two days and nights and court documents say they were told to stay in the basement and ate snacks and food from Uber Eats while they were left alone.

The investigation started on Dec. 17 when Caviasca’s ex-husband went to the Watertown police station and reported that the children had missed school on Monday, Nov. 22 and his ex-wife, who has primary custody,  might have left the children home alone from Nov. 20 through Nov. 22.

He said he hadn’t been able to reach the children over the phone during the weekend and sent his father to Caviasca’s home, but he wasn’t able to reach anyone either, according to court documents.

After the fact, he asked the children if they’d been left home alone that weekend and they denied it, but he did not think they were being honest with him, he told police.

When he was able to access to the cell phone he gave to one of the children, he found dozens of text messages between Caviasca and the children that weekend.

The court documents include parts of some of the texts, which referenced a plane and others in which Caviasca told the children to stay in the basement.

In response to a text the children sent, asking about what they would have for dinner, Caviasca responded, “Just eat candy,” and “what ever (sic) is downstairs.”

Another text from Caviasca asked one of the children to delete the messaging app from the phone, then asked if all the old messages were gone after it was deleted and added back.

When police went to Caviasca’s home on Dec. 17 with the children’s father, they asked her if she’d left the children home alone.

She told them that she’s gone to Florida, but she hadn’t left the children alone and her brother had been watching the children, according to court documents.

When police questioned her further, saying the grandfather had gone to the home and hadn’t been able to reach anyone, she said no one had been home at the time.

Court documents also reveal conversations police had with the children.

On Dec. 18, the father and one of the children went to the police station and the child told investigators that Caviasca had gone to Florida with her boyfriend, no adults were at home with them and they hadn’t answered the door because they’d been told not to go upstairs.

While meeting with police on Dec. 24, the other child told police that they were left with snacks to eat and Uber Eats was ordered for them several times, that they were told to stay in the basement and didn’t go to school on that Monday.

Court documents state that police tried to contact Caviasca and received a call from someone identifying himself as Caviasca’s attorney and he told them that she would not make any statements to police.

NBC Connecticut contacted the attorney and also tried to reach Caviasca, but there was no answer at the home.

Caviasca was arrested on Jan. 15 and has been charged with two counts of risk of injury to a minor and two counts of reckless endangerment in the second degree. When it comes to food, South Florida is a great place to be. So many new places open up every day. Here’s what’s coming soon to a city near you.Truluck’s, Fort LauderdaleAfter...

Good Thursday morning. Remember: ___ Christina Diamond has been tapped to serve as the interim CEO of Ruth’s List, a candidate support and recruitment organization focused on electing Democratic women who support... 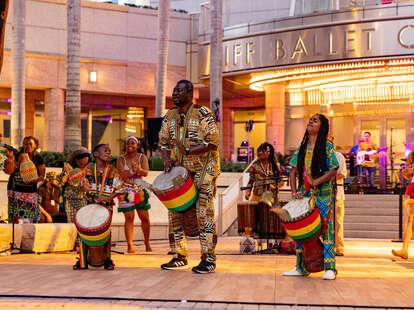